Ten Teaching Ideas About The Victorians 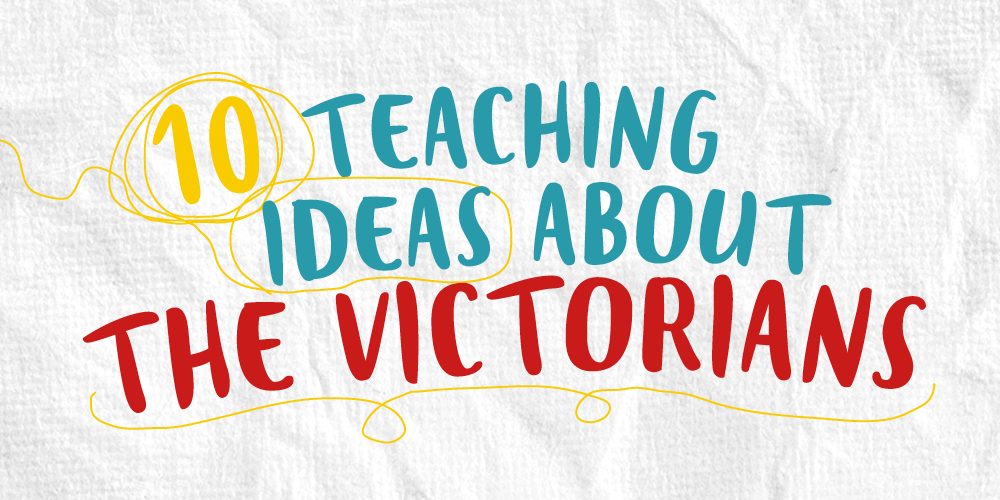 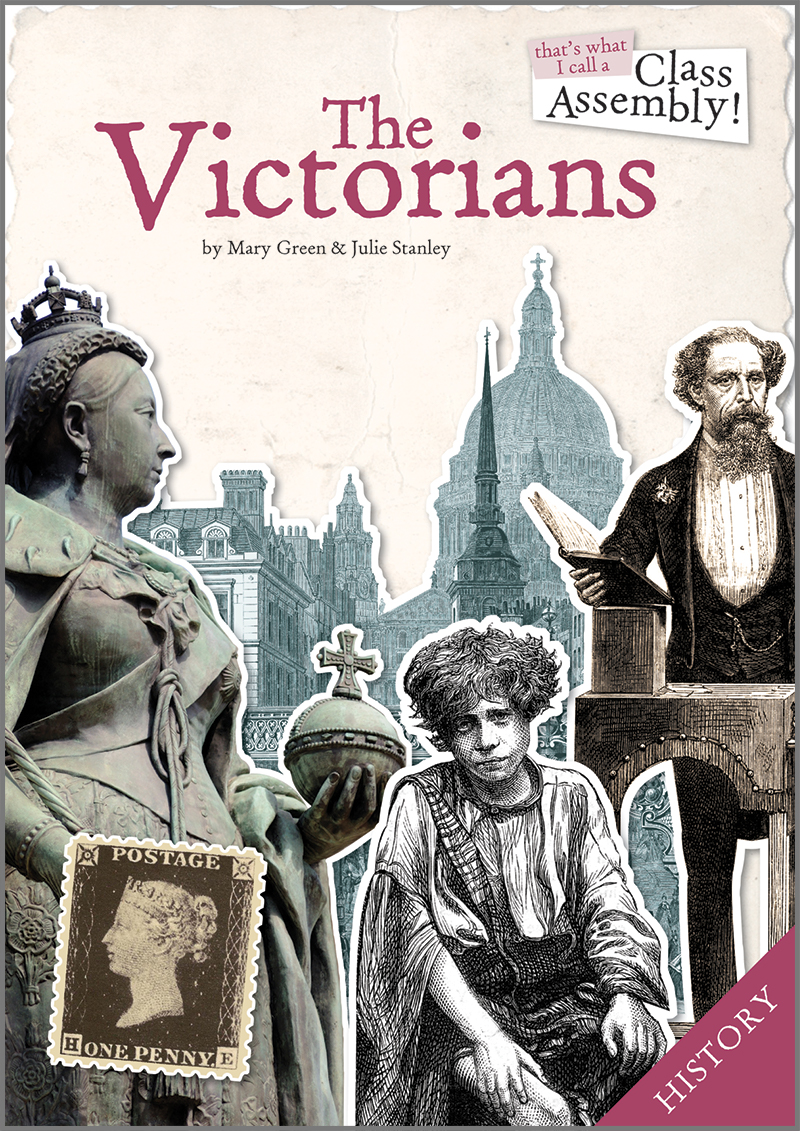 With 24th May approaching, you may find yourself teaching or recapping the Victorian era with your class. To celebrate the anniversary of Queen Victoria's birth, immerse yourself in all things Victorian with That's What I Call A Class Assembly: The Victorians. This primary school musical is a short drama piece about the Victorian era and includes lots of terrific cross-curricular ideas for you to use. Through performing the catchy, fact-based songs alongside the short script, children will find it easier to retain the information they have learnt.

We've selected some of our favourite teaching tips about the Victorians and listed them below for you to explore. We've even highlighted how you can develop these ideas further if you want to.

2. Food Technology! Explore what foods Victorians used to grow in their gardens. Research Victorian recipes that used these foods and create a delicious display of them in your classroom.
Take It Further: Set children a homework task to make a Victorian treat of their choice. Then, host a tea party one afternoon in the classroom. You could even dress up for the occasion!

3. Literacy! Write an account of a day in the life of a Victorian child. You could be a chimney sweep, a wealthy child with servants, a street urchin, a school child, a scullery maid, etc.
Take It Further: Play a game of Victorian Guess Who! One child secretly decides to be one of the Victorian children listed above. The rest of the class then ask the chosen child a series of 'Yes' and 'No' questions to discover who they are pretending to be. This activity is great for memory recall. 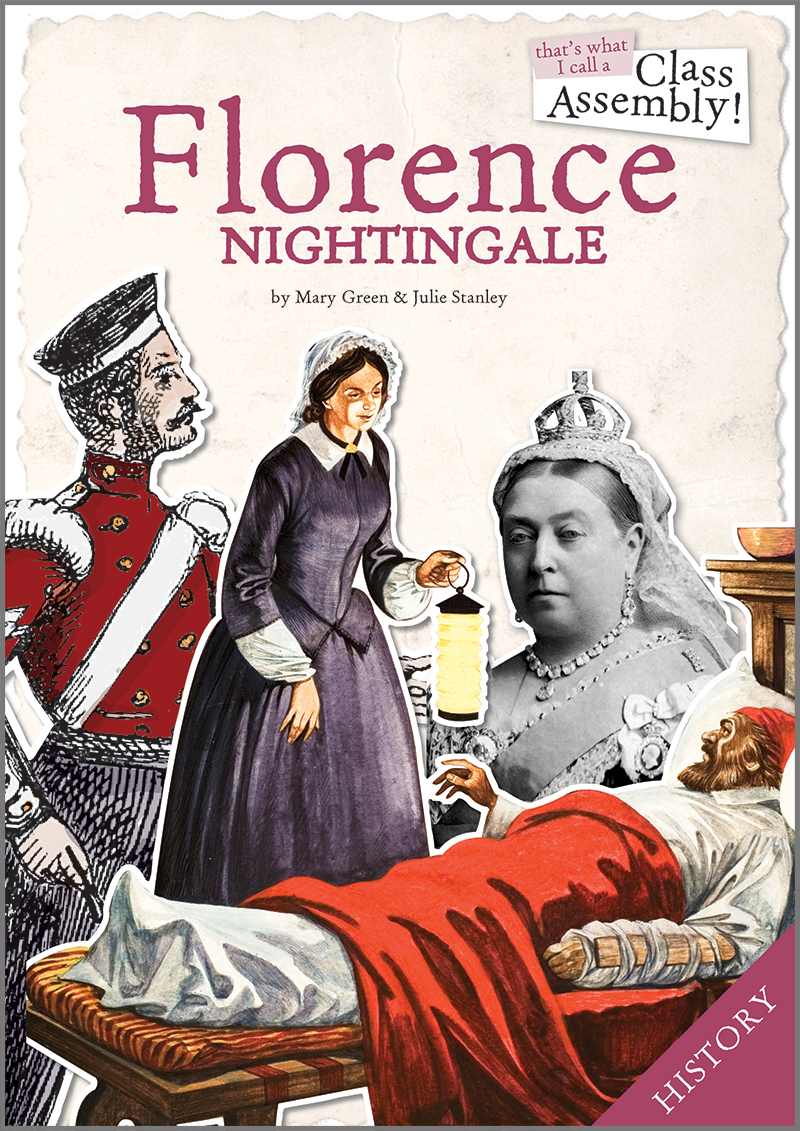 6. Art & Design! Create Victorian silhouettes following these simple steps. Take a photo of each child in your class facing sideways. Print out each photo and ask children to cut around their faces. Children should trace around their cut-out photos on black card. Cut out the traced shape and mount it on a white, oval-shaped piece of paper.
Take It Further: The Victoria and Albert Museum in South Kensington, London, houses one of the world's largest collection of decorative arts. Ask children to bring in an interesting object from home and create a still life display of the class' collection of objects. Children can draw the scene in front of them and create their very own exhibition of creative arts.

8. History! Find out about Queen Victoria and her family. Did you know she had nine children?
Take It Further: Look at the British Royal Family's family tree. If Queen Victoria was the great-grandmother of Queen Elizabeth II, what relation is Prince George, Prince William's son, to Queen Victoria?

9. PSHE! The Song of The Social Classes explores the different levels of the class system in Victorian times. Discuss the unfairness of the Victorian social system and compare it to life today.
Take It Further: How do class systems vary across the world? Think about India's Caste System.

10. Music & Drama! Learn the script, songs and recorder parts in That's What I Call A Class Assembly: The Victorians and put on a fabulous class assembly performance.
Take It Further: Create an even bigger show by displaying all the work you've created using these teaching ideas in the school hall. Invite parents along to watch the short performance and look around at the wonderful work your class has created about the Victorians.

Written by Florence Robjohn - Creative Marketing Assistant, Out of the Ark Music Team.

COMING UP!
It’s World Environment Day on Wednesday 5th June 2019! Look out for our next blog when we explore our top songs about saving the planet!!

Click here to post a comment.
About The AuthorFlorence Robjohn
Florence joined Out of the Ark as a Marketing Assistant, and with her exceptional creative flair helped to develop many of our choreography and craft videos. Florence now works as a Primary School teacher, and sings regularly!
More Blogs