They're Bullooming Brilliant and Udderly Fantastic! It's Cow Appreciation Day 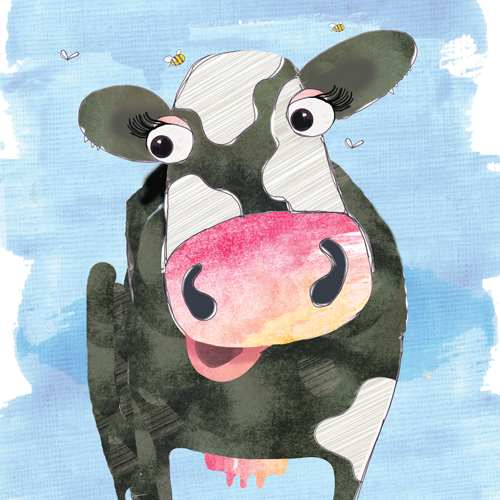 You can’t venture far into the countryside without spotting them – mainly black and white, oddly often all pointing in the same direction (why do they do that?!) and constantly munching away at the grass. They are a familiar sight for sure, but how much do you really know about these beautiful, bountiful bovines?

According to recent research, all cattle are descended from around only 80 animals that were domesticated from wild ox about 10,000 years ago. There are nearly two million dairy cows in the UK and every one of them drinks enough water to fill a bathtub and produces on average eight gallons of milk each day – that’s enough to make 84 bars of chocolate (assuming a glass-and-a-half in every bar!). Although they live in large herds, like humans they form particular friendships and bear grudges!

Famous cows include The Magic Roundabout’s Ermintrude (my particular favourite); Elm Farm Ollie, who on 28 February 1930 became the first cow to fly in an aeroplane (how else would she fly?!); the infamous ‘concrete cows’ of Milton Keynes; and, of course, the cow that jumped over the moon! 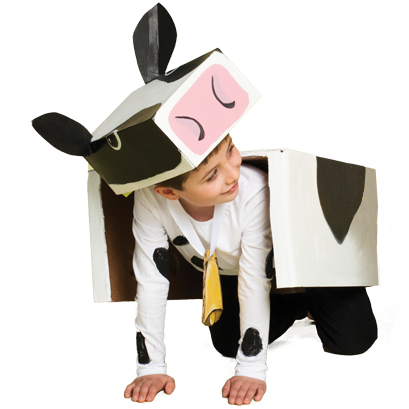 Importantly cows are an incredibly useful source of protein in many cultures across the world (beef, milk, cheese, yogurt, chocolate?!) but did you know that cow products are also used in soaps, brake fluid, leather goods, cosmetics, asphalt, car tyres…? The list is endless, not forgetting that they played a huge part in helping us fight disease through vaccination (vacca is Latin for cow).

Friday 14 July is Cow Appreciation Day and there are a million reasons for celebrating the humble cow in your classroom. How about writing an ode to cows; learning The Cow Appreciation Song; or creating a cow-shaped collage of all the things around your school that cows have helped to make? If you want to get really hands on, try making a model cow with an udder: take a rubber glove and put a pinprick hole in each of the fingers; fill it with water; tie the ‘wrist’ closed and perfect your milking technique. 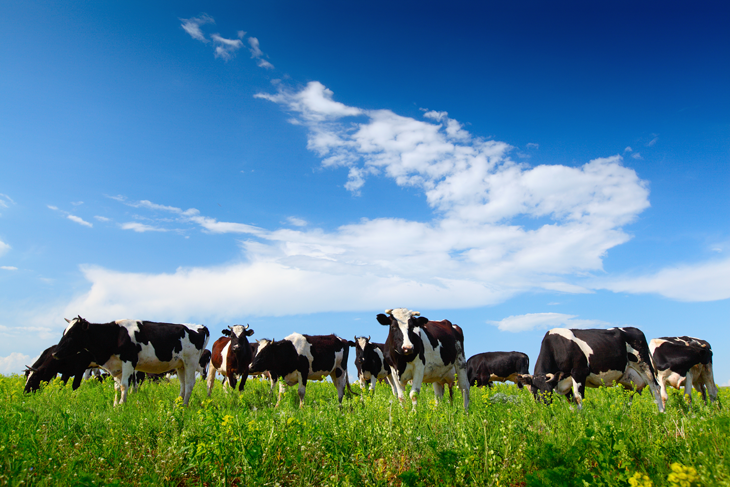 But enough of all that, what about the burning question of those unidirectional cows? Well, a German study found that cows tend to face either magnetic north or south when grazing or resting, regardless of the sun’s position or the wind’s direction.