Do you have what it takes to be a conker conqueror? 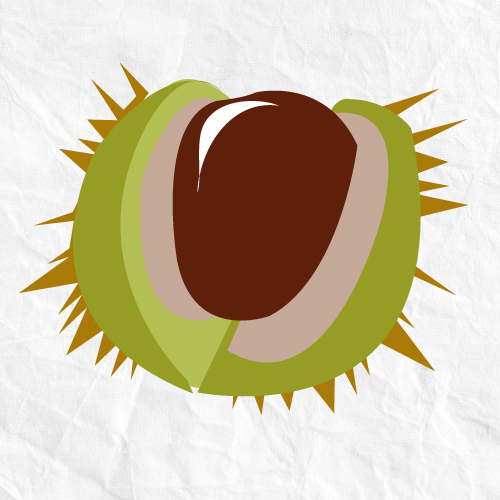 October sees the ripening of the nut of one of Britain’s best-loved trees, the horse chestnut – those shiny, mahogany-brown beauties nestled in their spiky, green protective cases; and there are few things more exciting than to prise a perfect conker from its jacket. After all, it could turn out to be a winner! The game of conkers might today seem like a tradition that has gone back thousands of years, but in fact it was only in the 1850s that the horse chestnut began being regularly used. Before that, similar games were played with hazelnuts and even snail shells.

It’s a game that still thrives today, and it’s not just restricted to battles in the playground. If you’re at a loose end on 9 October this year, you could do worse than to take yourself off to Southwick, Northamptonshire to witness the annual spectacular that is the World Conker Championships. At this level conkers (and laces) are supplied for you, but if you’re not quite ready to smash it in the big leagues you can always compete locally as an amateur! 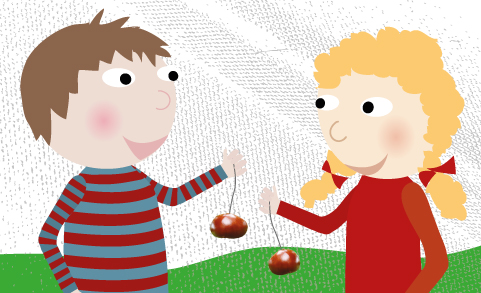 The rules are simple: drill a hole through your conker and thread it onto a lace or string; alternate three strikes each with your opponent and attempt to destroy their conker; if your conker falls off its string you may re-thread it and carry on. If you beat one other conker yours becomes a ‘one-er’; two and you have a ‘two-er’ on your hands; more than a ‘five-er’ and perhaps you should be thinking about turning pro!

Of course, conkers should be natural and untampered with, but...
Our top (underhand) tips for hardening your conkers include:


If, despite your best efforts, you find yourself with a long run of ‘none-ers’ (or you find your strings impossibly entangled by the health and safety laws in your school) you could always console yourself with singing about conkers rather than playing with them!
I plan to purchase a pig and a sieve to improve the longevity of my conkers.
Did anyone else used to say Obbley-Obbley-Onkers before hitting the opponent's conker - or was that just our school?
Click here to post a comment.
About The Author