HomeBlogYou absolutely need music in your life. Here's why...

You absolutely need music in your life. Here's why... 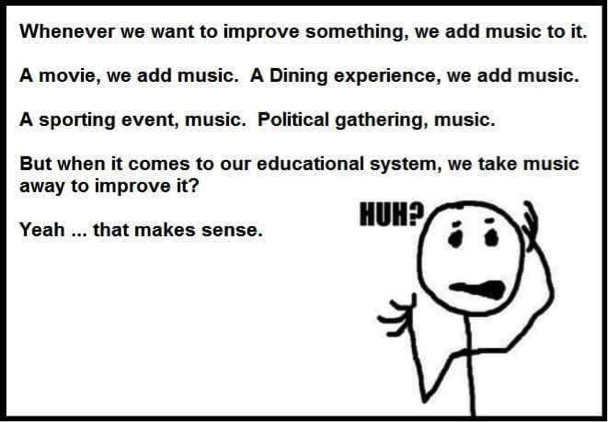 You may have seen this image floating around Facebook. It popped up on my feed recently and it got me thinking: how much does music really add to our lives? Maybe we wouldn’t miss it if it were gone…
Take a look at this clip from Star Wars. This is just the raw footage before any music has been added.

Even with such fine actors and a magnificent set, it’s really missing something, isn’t it? It’s awkward and it certainly lacks impact. You’ve got to admire the skill of Harrison Ford and the others: how do you keep those cheesy smiles going in such an uncomfortable silence? Now have a look at the same clip, this time accompanied by John Williams’s fantastic score. Turn up the sound and enjoy!

It’s amazing just how much the music adds, isn’t it? It does such a great job of creating a sense of triumph and occasion, of celebration and relief after the tension of battle.

It’s clear that the music is responsible for a huge amount of the emotional impact here and the truth is that music is often what really makes a scene in the movies. It connects with us on a primitive, emotional level. You just ‘feel’ it. Advertisers, shopping-mall owners, film-makers know only too well the power of music to invoke an emotional response and they use it to their advantage. It can excite and thrill us, calm anxiety, scare us senseless (think Psycho!). Of course, words and imagery can do these things too, but nothing else hits the soul with quite the same punch as music.
If music can be this important in films, surely it has a power that should be harnessed in the classroom too. 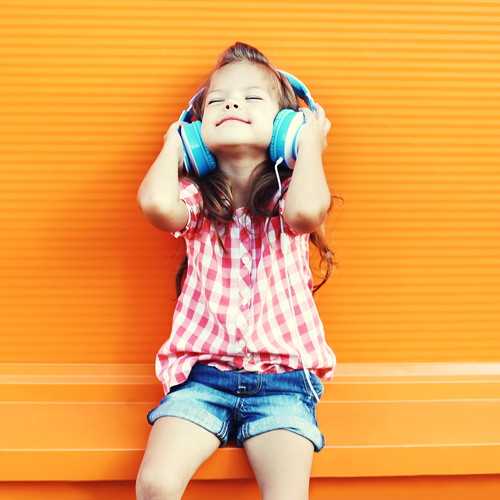 Why not try asking your class to keep a diary of all the music they hear over a 24-hour period – on the TV, in the shops, in the car on the way to school, on the radio at home. Ask them how it makes them feel and how much they would miss it if it were taken away.
And as for the Facebook picture? Well, I’m the first to admit that it’s sometimes all too easy to be carried away with internet memes, but the sentiment behind this is just saying that music has a vital role to play in schools – and I certainly won’t argue with that!