Out of the Ark Music Asks: An Interview With Rebecca Kincaid, Co-Writer of Pirates Versus Mermaids, Hats Off! and many more 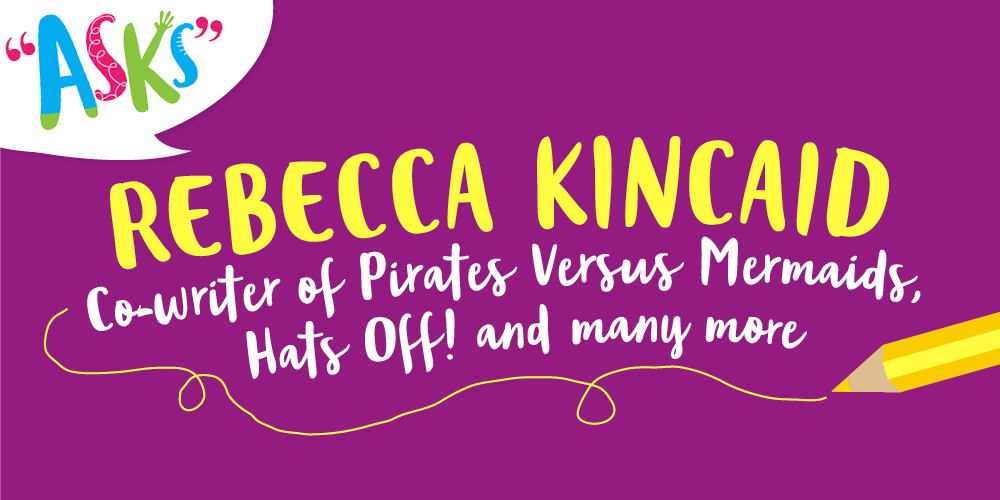 Whilst you’re busy picking your schools’ next summer musical, we thought you may like to hear more about what happens behind the scenes with some of our best primary school musicals. Rebecca Kincaid has been writing for Out of the Ark Music for about six years now and, with the help of her lovely writing partner, Gaynor Boddy, has written 3 of our favourite musicals including Hats Off!, Pirates Versus Mermaids and There’s A Sunflower In My Supper! Eager to find out the secret ingredient to making a magical musical, we decided to interview Rebecca and share her wisdom with you!

What started you on the path of writing musicals?
My writing partner and I started writing when we were at senior school together – silly songs and sketches that we would perform in all sorts of places and a pantomime for the sixth formers. When our children started at primary school and we got involved in their schools, we found we had lots of writing ideas and wondered whether we could write a musical for that age group.

You’ve written a range of musicals covering a variety of themes as well as age ranges. How do you go about developing these musicals to fit with the differing needs and abilities of such a broad primary age range?
I’m really lucky that I work a lot with children – from running toddler music groups to conducting a very large primary school choir for 5-11 year olds. I have the privilege of going into school regularly and working with different year groups on various musical projects and from this experience we try to mould all of our writing to fit the relevant age groups. (I also try out lots of song ideas on the children to see whether certain songs engage the right age group!) I’ve been able to put on some of the musicals we’ve written with the children I work with and that really helps to guide the writing process the next time we’re writing a musical.

Out of all of your musicals, do you have a personal favourite, and if so why?
We honestly love all the musicals we’ve written and each one has its own special place, but there is something about Pirates Versus Mermaids that is particularly special. The script that Gaynor wrote is not only incredibly funny, but full of great characters that the children love bringing to life. The songs are all great performance pieces and the children just love going head to head in I Don’t Like Pirates as the pirates sing about how much they don’t like the mermaids and vice versa! The whole premise of the pirate training school and the feisty mermaids just gave so much inspiration for what I hope are really fun songs to perform! I was able to put this musical on with a group of 5-11 year olds and it was so exciting to see the children throw themselves into the acting and singing – all helped by the healthy competition between the pirates and the mermaids. I think the other particularly appealing thing about this musical is pretty much everyone is a pirate or a mermaid, so however small your part is, you feel a part of the bigger story.

You co-write with Gaynor Boddy. How do you go about writing a musical with another person? Do you find one focuses more on the songs and the other the script?
Although we spend time a lot of time together coming up with ideas, shaping the musical as it develops and honing the whole thing, we actually have very separate roles when it comes to writing them. Gaynor writes the scripts and I write the songs.

How do you go about choosing a theme to craft into a musical?
We love to find a theme that we think will really engage the children and provide a means of creating fabulous songs and great characters. Gaynor is one of the most creative people I have ever met and has wonderful ideas that we weave together once our theme has been chosen.

Do you ever experience ‘writer’s block’? If so, what do you do to overcome it?
Yes we do! But this is where it really helps to have two people involved in the writing process. Apart from bouncing ideas off each other regularly, when we experience writer’s block on a particular bit of script or some song lyrics, we can pass them over to the other one for a bit of inspiration or some direction. Often it may just be a tiny idea from the other one that sparks the process back to life, or just a conversation and a fresh look at it.

What do you think makes a good musical for primary school children?
Catchy, great-to-perform songs that they won’t be able to get out of their heads and a fabulous script full of humour and great characters that are easy to bring to life. We want the children to be really excited about the musicals they’re putting on, so we spend a lot of time trying to make sure that we are writing to achieve this, ensuring every role is good to play, even the smallest ones, and that the songs really lend themselves to the best performance that the children can give. It’s also really important to make them as adaptable as possible as schools may put them on with a small group of children or 200 children, so we strive to make them work for as many different scenarios as possible. 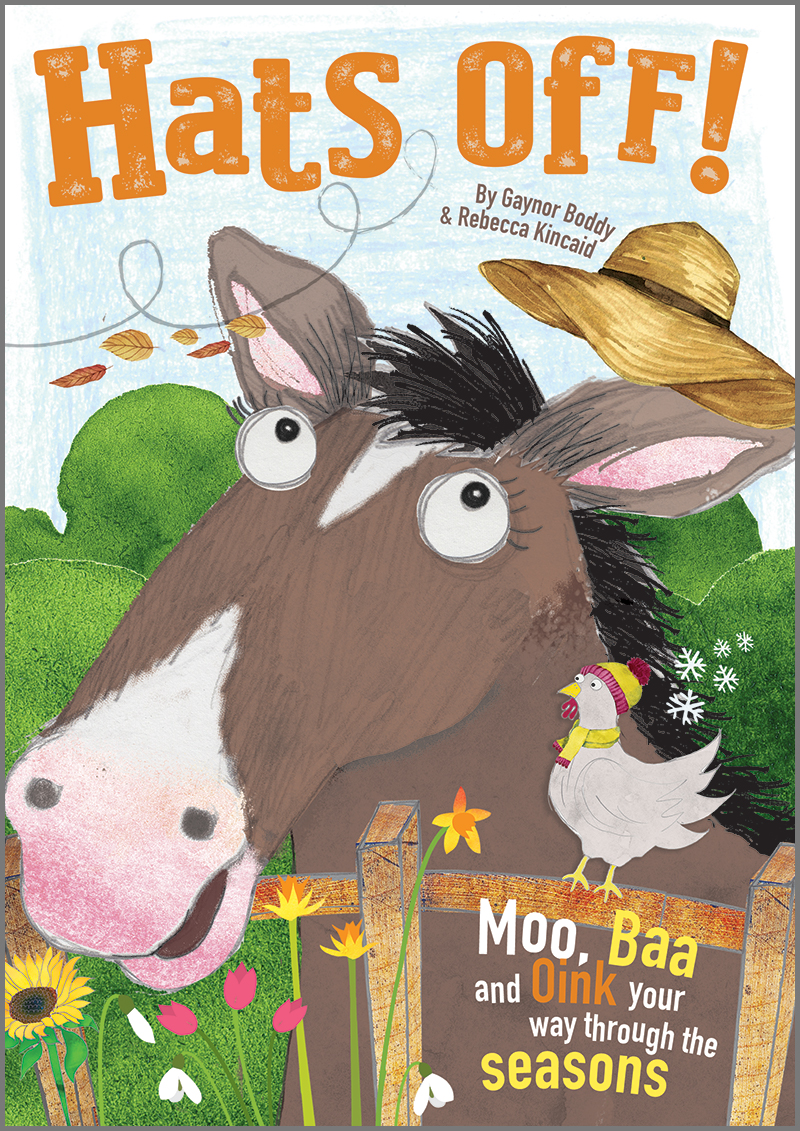 Your most recent musical Hats Off! has many learning opportunities within it. Do you think these through thoroughly to begin with or do they form as you’re writing the musical?
A bit of both really - a lot of them are thought through thoroughly before we begin, but one of the most exciting things about the writing process is that often the script or the songs take us in a slightly different direction to what has been planned. A particular song may bring out a new idea that Gaynor will then weave into the script or a particular idea in the script may spark a song that takes a totally different direction. Shaping a whole musical is really exciting and, certainly with Hats Off!, some of the ideas took shape as we wrote.

Do you ever have the opportunity to watch your musicals being performed? Do any of these performances really stick in your mind?
We have been invited to see our musicals performed in various schools and it’s always a privilege to see our writing brought to life. One amazing production of There’s A Sunflower In My Supper had the most hilarious child playing Mr Bull – it’s a comedy character anyway, but it was amazing to see a 7-year-old being able to give him so much character and comic timing.

One fabulous production of the nativity, A Midwife Crisis, brought out all the humour brilliantly, but as the midwife delivered her last line about Jesus, a thought-provoking line, you  could hear a pin drop and there were tears in people’s eyes. That was a very special moment. I have to also mention the parrot’s solo in Pirates Versus Mermaids – what a stand-out, showy, totally hilarious performance from a previously very shy little girl. It’s really special to see how singing can be such a confidence booster.
What’s next?
We are both passionate about environmental issues and would love to write a really engaging musical that helps to make children more aware of some of the issues.

To find out more about Rebecca Kincaid and her collection of songs and musicals with Out of the Ark Music, click here.

Interviewed by Georgia Cooke - Head Of Creative Marketing, Out of the Ark Music Team.

COMING UP!
Did you know that May is National Share A Story month? Look our for our next blog in which we share some staff-favourite traditional tales. 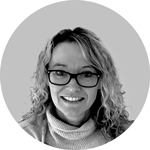 Georgia Cooke
Georgia works for Out of the Ark as Head of Marketing and Customer Engagement. With 2 children and a more recent addition of a puppy to the household, Georgia has seen first-hand just how important singing and music is in her children&#8217;s education. The Wake Up song and Spring Chicken are firm favourites! Georgia loves to see the world with her family, and their favourite place so far has been the California Coast.
More Blogs 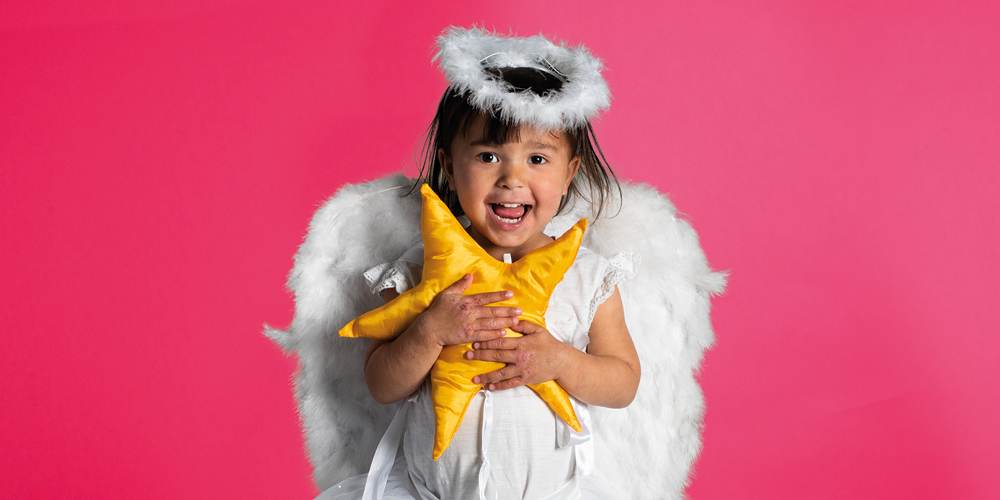 Five Reasons To Do An Out of the Ark Nativity